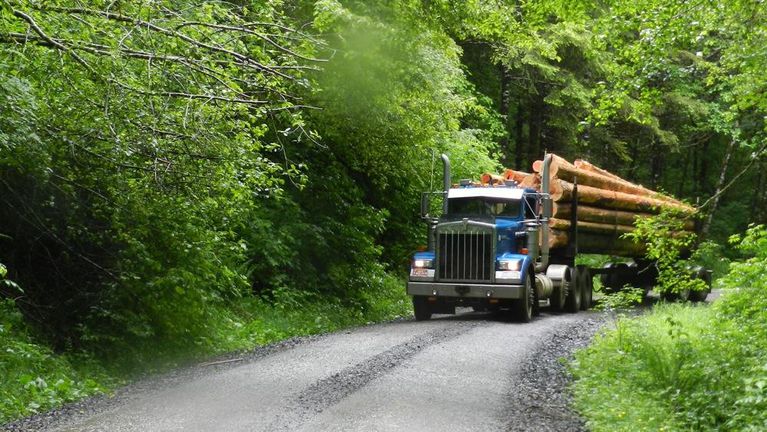 The Oregon Court of Appeals on Wednesday reversed a jury verdict that awarded Oregon timber counties and taxing districts $1.1 billion they say they are owed from lost logging revenue on land they donated to the state.

The court determined that Oregon can manage more than 700,000 acres of donated forestland for a range of values like recreation, water quality and wildlife habitat — not just logging.

“The Court of Appeals decision today is a victory for Oregon’s environment as well as for sound forest management,” Attorney General Ellen Rosenblum said in a press release.

“The court agreed with the state’s legal position in recognizing that Oregon’s forests serve a full range of environmental, recreational, and economic uses that the Department of Forestry has authority to balance in order to secure the greatest value to all Oregonians.”

Oregon agreed to manage the lands donated by the counties in the 1930s and ‘40s, which were mostly burned and logged over, “so as to secure the greatest permanent value of those lands to the state” and return some logging profits to the counties. The state has doled out millions of dollars to the counties annually, which has factored heavily into local budgets.

However, the counties equated “greatest permanent value” with maximum logging revenue. They sued the state for not managing the forests accordingly and leaving them short on funds for public services.

A Linn County jury agreed with the counties in 2019 and ordered Oregon to pay about $1.1 billion plus interest in damages, which the state appealed. The Oregonian/OregonLive reported that because the state opted not to settle the case and didn’t make any payments, the award had accrued some $200 million in interest since the verdict.

In a 31-page opinion published Wednesday overturning that verdict, appeals court Judge Douglas Tookey said the state does have an obligation to the counties, but that obligation does not amount to a binding contract requiring maximum timber harvest.

Roger Nyquist, who chairs the board of commissioners for Linn County, one of the 13 counties that sued the state, said in an emailed statement that communities continue to struggle as a result of “mismanaged state forest lands.” He said the counties will appeal to the Oregon Supreme Court.

“We knew from day one this was ultimately headed to the Supreme Court,” Nyquist said. “We have no option at this point other than to appeal this decision.”

If the decision is appealed, Oregon’s high court would choose whether or not to review the lower court’s decision.

Conservation groups welcomed the reversal, saying it squashes a long-running argument that Oregon state forests are only as valuable as the wood products they generate.

“The notion that the only way to deliver value is by cutting down the forest was rejected by the court,” said Ralph Bloemers, an attorney at Crag Law Center, which filed an amicus brief in the case on behalf of several conservation groups. “That’s not the only purpose of these lands.”

“In Oregon, we manage our forests not only for the benefit and prosperity of this generation but those to come,” Brown said in a press release. “Today’s decision by the Oregon Court of Appeals is a validation of the fact that a balanced, science-based approach to public forest management will produce the greatest long-term outcomes for all Oregonians, including the counties and taxing districts that receive revenue from state forests.”

Brown added that she’s confident state agencies can work with the counties to find a “sustainable approach” to funding critical services.