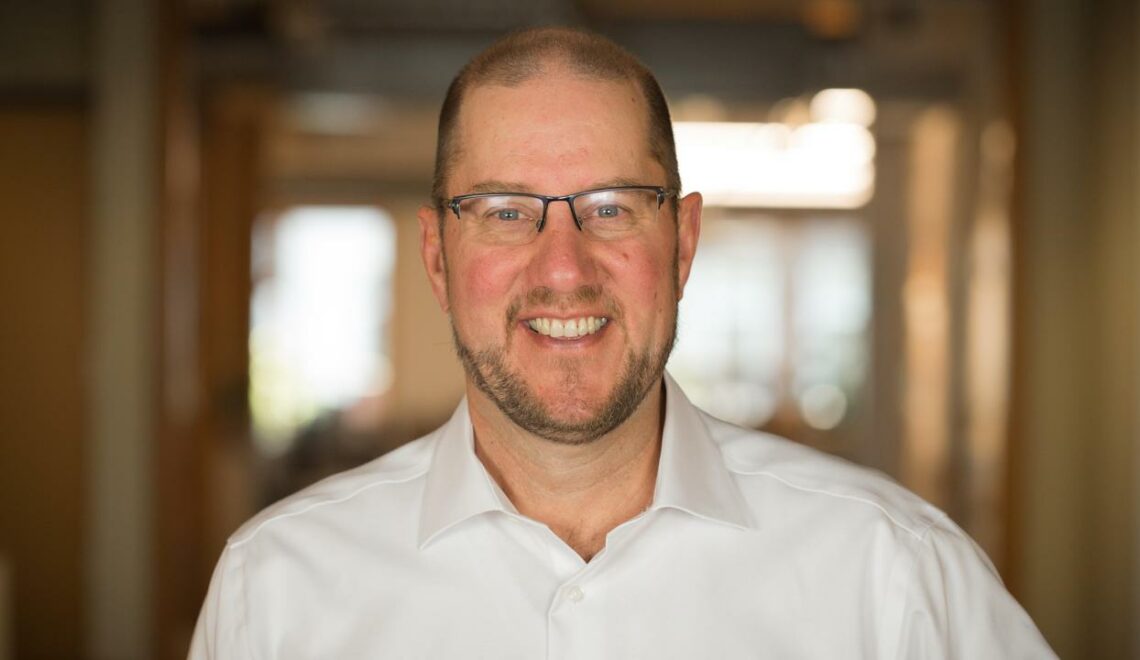 Wild Salmon Center’s Oregon Policy Director steps down, after a tour de force that has changed the state’s forest rules.

Rahr was deeply concerned about imminent and widespread logging scheduled for these forests, home to some of the best remaining salmon runs in the Lower 48. And Van Dyk, a political science professor at Pacific University, was coincidentally turning his academic focus to the controversy over fish and forest management. Van Dyk was also a map geek who had learned some basic GIS that allowed him to examine public land management. The more Van Dyk learned about state forest management, the clearer it became that the Oregon Department of Forestry was a case of regulatory capture: the timber industry dominated an agency that was tasked with protecting the public interest.

Thus began our long partnership with Van Dyk. Initially moonlighting with WSC for several years while holding down his tenured professorship, Van Dyk renounced tenure and came on full time as our Oregon and California Policy Director in 2015.

His combined accomplishments over the last 12 years are nothing short of monumental. But perhaps his greatest achievement is influencing a change of perspective: the Department of Forestry, which oversees 10.8 million acres of private and state forestland in Oregon, no longer looks at those lands as a giant tree farm. Years ago, a colleague called Van Dyk a “forest Jedi” for all his time spent deep in the Tillamook. But equally important—and more true to the moniker—were the endless hours he spent with board members and elected officials convincing them that it was time for change.

This month, Van Dyk steps away from full time work at WSC. He assures us he’ll still be around to stand up for forests, and we sincerely hope he does. Thank you, Bob, for all you’ve done to date for Oregon forests, water, and wild salmon.

A coalition of fishing and conservation groups led by WSC and Bob Van Dyk petitions the Oregon Board of Forestry to reconsider its decision to weaken conservation committments on the Tillamook and Clatsop State Forests.

2012: Scientist appointed to Board of Forestry

WSC leads the effort to appoint the first scien­tist, Cindy Deacon Williams of Medford, to the Oregon Board of Forestry, which oversees rules for state and private forest land in Oregon. It brings a more analytical approach to decision making.

2012: Oregon Board of Forestry supports conservation

Before a growing chorus of more than 100 conservation supporters in Tillamook, the Board of Forestry approved designating part of Oregon’s state forests as “high value conservation areas.”

Oregon Department of Forestry finalizes protections for fish and wildlife habitat on more than 140,000 acres of the Tillamook and Clatsop State Forests in Northwest Oregon.

2015: Board of Forestry increases stream buffers on private land

This marks the first major improvement in stream protections in twenty years. “But,” says Van Dyk, “there is a long way to go just to meet the level of protections that federal standards require.”

The “Failing Forestry” series in Oregon’s largest statewide newspaper details chronic mismanagement at the Oregon Department of Forestry. “They basically opened up some of the fattest, juiciest, most accessible stands of trees they have to clearcutting,” Van Dyk tells the Oregonian. “Our overarching concern is that this is unsustainable.”

The breakthrough agreement, led by the Wild Salmon Center, means that industry and fishing and conservation interests avoided potentially costly ballot measures aimed at forest reform. Governor Kate Brown presides over the signing of the agreement in Salem.

In the midst of the coronavirus pandemic, the Legislature passes improved rules preventing the spraying of pesticides near homes, schools, and drinking water streams, as well as new protections from logging near streams in the Rogue-Siskiyou region of Southwest Oregon.

Completing a long process that reverses a potential sale of the 82,000-acre tract to be logged, Oregon’s oldest state forest is finally protected by strong and durable conservation commitments.

Led by Linn County, Western Oregon taxing districts that draw revenue from logging on state forests sued the state for more than $1 billion in damages, alleging a drop in logging proceeds starting in the 1990s. Van Dyk campaigned with others against the suit, claiming the state had legal latitude to balance logging with other forest uses. The Oregon Appeals Court and Supreme Court both agree, paving the way for increased conservation on state lands.

In the coming year, a major piece of Van Dyk’s legacy for Oregon forests still hangs in the balance, as the Board of Forestry works to approve a Habitat Conservation Plan for North Coast state forests—along with other critical forestlands in the western half of the state.

This 70-year plan would assure stronger streamside and upland protections for fish and wildlife, protect drinking water, secure recreation opportunities, and create a durable and lasting rainforest stronghold for wild salmon and steelhead right here in the heart of Northwest Oregon. As Van Dyk steps back, he hands the reins to new WSC Oregon Senior Policy Managers Stacey Detwiler and Michael Lang to carry this work over the finish line. And we’ll need your help, too, to honor Bob’s work and secure this win for Oregon!