Blog, Board of Forestry

Conservation Areas are Affirmed as Board of Forestry Reopens Management Plan

On June 5th, the Board of Forestry unanimously affirmed a new state forest land classification called “High Value Conservation Areas.” The areas affected by the new rule include aquatic, riparian and wildlife habitats, as well as lands with specific plant communities or those with unique aesthetic value. State Forestry will bring forward new maps of the High Value Conservation Areas early next year. 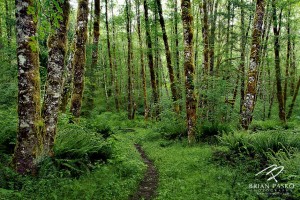 The North Coast State Forest Coalition has been involved in creating unprecedented Conservation Areas on the Tillamook and Clatsop state forests for several years and we are glad to see the new classification finalized after a long process–a process that saw overwhelming public support for protection for fish and wildlife habitat, clean drinking water sources, and recreation areas.

Board Chair Tom Imeson conveyed Governor Kitzhaber’s “thanks” to all those involved in the Conservation Area process, including the thousands of Coalition supporters who attended hearings, submitted comments, and have been active in our effort.

Unfortunately, the Board did not make clear that these areas would be protected long-term despite over 2,000 public comments that specifically called for durability. As the Department of Forestry struggles under budget constraints, the new classification areas are at risk. The Board deliberated whether or not to set aside High Value Conservation Areas while exploring the opportunity for financial viability through new forest management plans. The idea to set the areas aside was discussed but ultimately dismissed. Instead, the Board might consider reopening these areas for timber harvest.

Chair Imeson reminded everyone that the areas affected by the new rule were now the “status quo,” and he called for even more conservation to be sought as forest plan changes are considered. The Coalition will be closely tracking the Board as it examines alternative management plans that aim to secure better environmental protections and more revenue from the timber harvest. We are skeptical that these two goals can both be achieved. The Board’s commitment to upholding long-term environmental health on these forests will be tested and we hope they are up for the challenge. 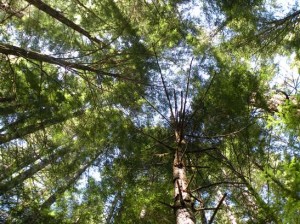 Our work to achieve balance on Oregon’s state forest landscape is far from over. The intense pressure to increase harvest levels continues to threaten crucial salmonid populations, water temperatures, wildlife habitat, scenic views, recreation opportunities, clean water sources, and a healthy forest legacy in northwest Oregon.  To get involved, “like” us on Facebook, join us for an outing, or just send us an email.