The Board of Forestry subcommittee that is exploring new management plans for the Tillamook & Clatsop state forests met on August 12th. While the subcommittee did not make any big decisions, there were still some alarming outcomes worth noting.

The Subcommittee is charged with exploring alternative plans that would bring about improved financial viability for the Department of Forestry AND improved conservation on the forests. It would seem that this can only be achieved if there is a favorable comparison with the current plan. However, subcommittee member Mike Rose indicated that he is not concerned with comparing an alternative plan with the existing plan to determine if either is better for conservation or revenue. He is already focused on an approach in which 70% of the forest is managed like an industrial forest, including short-rotation clearcutting and intensive pesticide spraying.

Clatsop County and Washington County have both spoken up for conservation areas as an integral part of a balanced forest management plan. However, the voice of the counties is being directed almost uniformly towards a more industrial approach to forestry. Speaking on behalf of all 15 trust land counties (including Washington County, Clatsop County, Tillamook County, Columbia County, and Benton County), Tillamook County Commissioner Tim Josi objected to protecting old growth forests. He also advocated for private industrial style stream buffers and drastic increases in clearcutting.

If Tim Josi is not representing you, tell your county commissioners!

Perhaps of most concern is the continued lack of conservation improvement concepts. Department staff brought forward another framework that shows decreases in conservation acreage rather than an increase compared to the current plan. This framework included significant loss of High Value Conservation Areas. 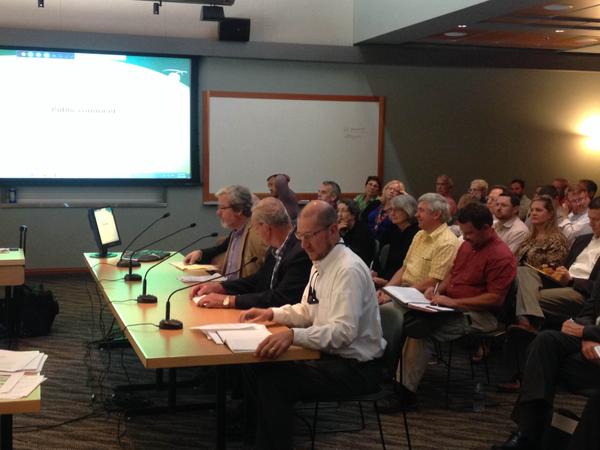 A new voice added to the discussion as north coast resident, Tom Bender brought forward concepts of long-rotation forestry to the Subcommittee.